Move over Indiana Jones and MacGyver- Isabella Mumphrey has arrived!

Child prodigy and now Doctor of Anthropology, Isabella Mumphrey, is about to lose her job. Unless she can decipher an ancient stone table—and she can. She heads to Guatemala at the request of her mentor, but drug trafficking bad guys and artifact thieves wreak havoc on her scholarly intentions.

When undercover DEA agent, Tino Kostantine, meets Dr. Mumphrey it’s obvious she’s never been in a jungle or outside of the States. Entangled in helping her discover the truth in the tablets may make both of them lost casualties buried forever.

WINNER OF THE READER’S CROWN AWARD 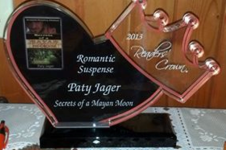 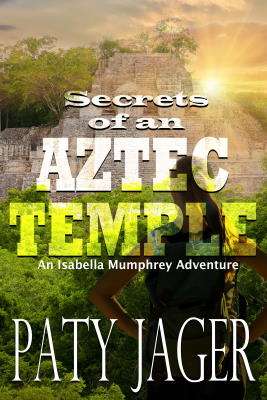 Isabella Mumphrey can’t leave a puzzle alone. Much like Indiana Jones and MacGyver, she has a knack for getting out of sticky situations. This time she attempts to use her anthropology knowledge to uncover who is stealing priceless artifacts from an Aztec Temple in Mexico City.

Tino Konstantine is also in Mexico City. He has infiltrated a drug lord’s organization to find enough evidence to not only prove the man’s illegal activities, but to bring him down for numerous deaths. Namely those of Tino’s family.

But when their operations collide, and Isabella strolls into the drug lord’s home, Tino is challenged with the choice of saving her or fulfilling his revenge. 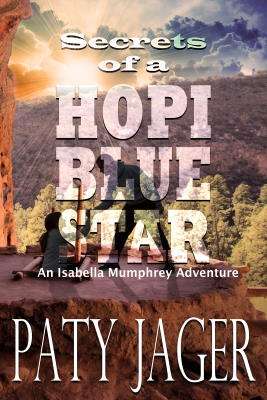 Landing in the underground world of human trafficking, anthropologist Isabella Mumphrey, a female Indiana Jones / MacGyver, learns her own past is as sordid as the predicament she’s uncovered. No one is who she’d believed them to be—not her parents, her cousin, or her aunt.

The only constant in her life is her fiancé, Tino Konstantine, and now their enemy is using her knowledge of the Hopi blue star to lure Tino to his death. 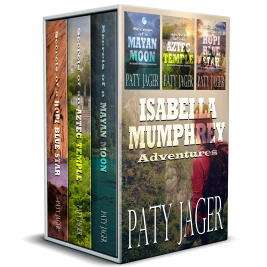