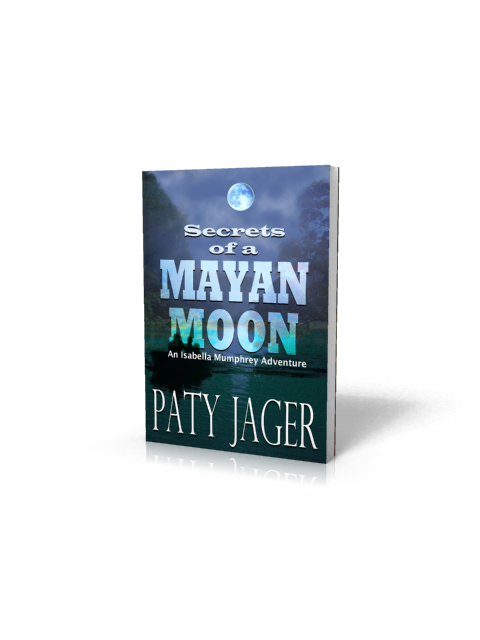 Secrets of a Mayan Moon

What happens when a brilliant anthropologist is lured to the jungle to be used as a human sacrifice?

Child prodigy and now Doctor of Anthropology, Isabella Mumphrey, is about to lose her job at the university. In the world of publish or perish, her mentor’s request for her assistance on a dig is just the opportunity she’s been seeking. If she can decipher an ancient stone table—and she can—she’ll keep her department. She heads to Guatemala, but drug trafficking bad guys, artifact thieves, and her infatuation for her handsome guide wreak havoc on her scholarly intentions.

DEA agent Tino Kosta is out to avenge the deaths of his family. He’s deep undercover as a jaguar tracker and sometimes jungle guide, but the appearance of a beautiful, brainy anthropologist heats his Latin blood taking him on a dangerous detour that could leave them both casualties of the jungle.