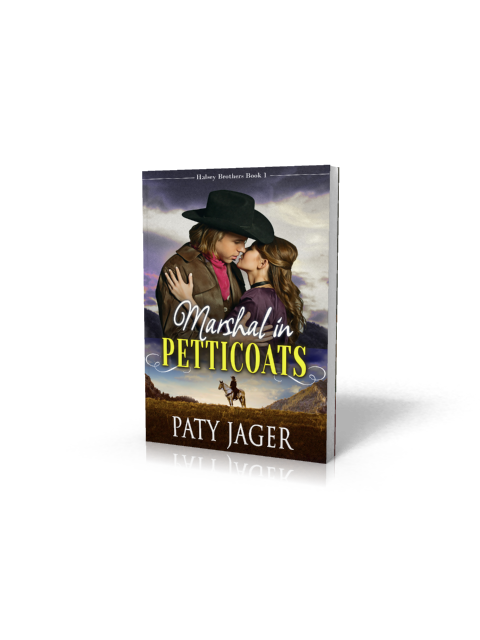 After accidentally shooting a bank robber, Darcy Duncan becomes marshal of a town as accident-prone as herself. Darcy has taken care of her younger brother for the last five years and she’s not about to take orders from a corrupt mayor or a handsome drifter, whose curiosity could end her career as a marshal and take away their security.

Gil Halsey is looking for his boss’s son who is riding with outlaws. Taking the young man back to the ranch will seal the foreman’s job Gil has coveted. When he discovers the town’s new marshal is a passionate woman with high regard for family and is being framed for a bank heist, he has to decide which is the better future—the feisty woman or the ranch.

Be the first to review “Marshal in Petticoats” Cancel reply